When there are threats to democratic stability, nations require the support and institutional solidarity of the governments of other countries to preserve the rule of law.

In Colombia we go through difficult times, but we have always come out ahead. We are one of the most stable democracies in Latin America, with more and more citizen participation in public life and we have managed to overcome the bitter stages of political violence.

Our Armed Forces are recognized for their discipline, ethics, professionalism and respect for human rights. They have allowed decades of terrorist threats and drug trafficking to resist us, protecting the lives and the rights of the most vulnerable citizens.

Our challenges today are many: poverty, violence, the pandemic, unemployment, among others. Therefore, from the institutional framework, great national agreements are being sought in order to overcome each of these challenges.

In Colombia, the right to peaceful protest is respected as required by our Political Constitution. It is part of the democratic system that freely allows citizens to express their feelings of nonconformity or support for any situation that affects them.

Indeed, the recent protests express the genuine and free feeling of thousands of Colombians who have protested peacefully. And the Government of Colombia has respected and guaranteed that right to public demonstration.

Unfortunately, violent groups have taken advantage of the demonstrations to spread fear among millions of Colombians, vandalizing public and private assets, blocking access roads and causing shortages in many regions, preventing the exercise of the right to mobility, the right to work, the right to access to health services.

Also, There are serious indications of infiltration by illegal groups such as the ELN and the FARC, and even the Cuban regime and the dictatorship of Nicolás Maduro in Venezuela, who have wanted to take advantage of the protest for criminal purposes.

Although, there have been incidents of excessive use of force that the Government itself has recognized and investigated, our Armed Forces and the Police have done their work to defend the rights of those affected by violence in a brave and honorable manner.

The international community must support the efforts to investigate and punish any violation of human rights, but without falling into the error of condemning the Colombian institutions that are guarantors of coexistence and security.

Pointing our soldiers and police officers is as wrong as the attribution of violent actions to the thousands of citizens who have protested peacefully: none contributes to the strengthening of our democracy.

I call on the international community to be appropriately informed about the events that are taking place in my country. There is no single guideline of the national government to violate the rights of those who protest peacefully; on the contrary, there is a clear directive by the commanders of the Military Forces to protect the Human Rights of all Colombians.

The enormous majority of our citizens defend our institutions, and through open, respectful, tolerant, and purposeful dialogue mechanisms we will restore order and the full exercise of the rights of all Colombians. 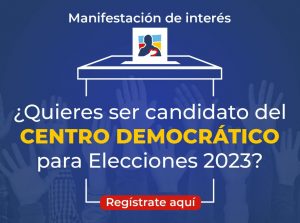